Drummondville, April 30, 2019 – The Venmar Ventilation ULC team was thrilled to be awarded the Grand Prize for “Company of the Year – 50+ Employee Industry Category”, as part of the Drummond Chamber of Commerce and Industry E35 Gala that was held last Friday at the Cogeco Centrexpo in Drummondville.
Venmar Ventilation won this grand prize in recognition for its considerable investment toward the implementation of a new Distribution Center to consolidate its business activities and the installation of a Central Vacuum Cleaner and Thermostatic Paint production lines. These efforts have led to a 21% growth in export goods as well as the creation of 62 new jobs over the past year.
Receiving the award on behalf of Venmar Ventilation ULC, Executive Director David Barrow made the following statement: “I accept this honour on behalf of our great team of employees. Their dedication and loyalty are the very essence of our success. I share this with each and everyone of them.” 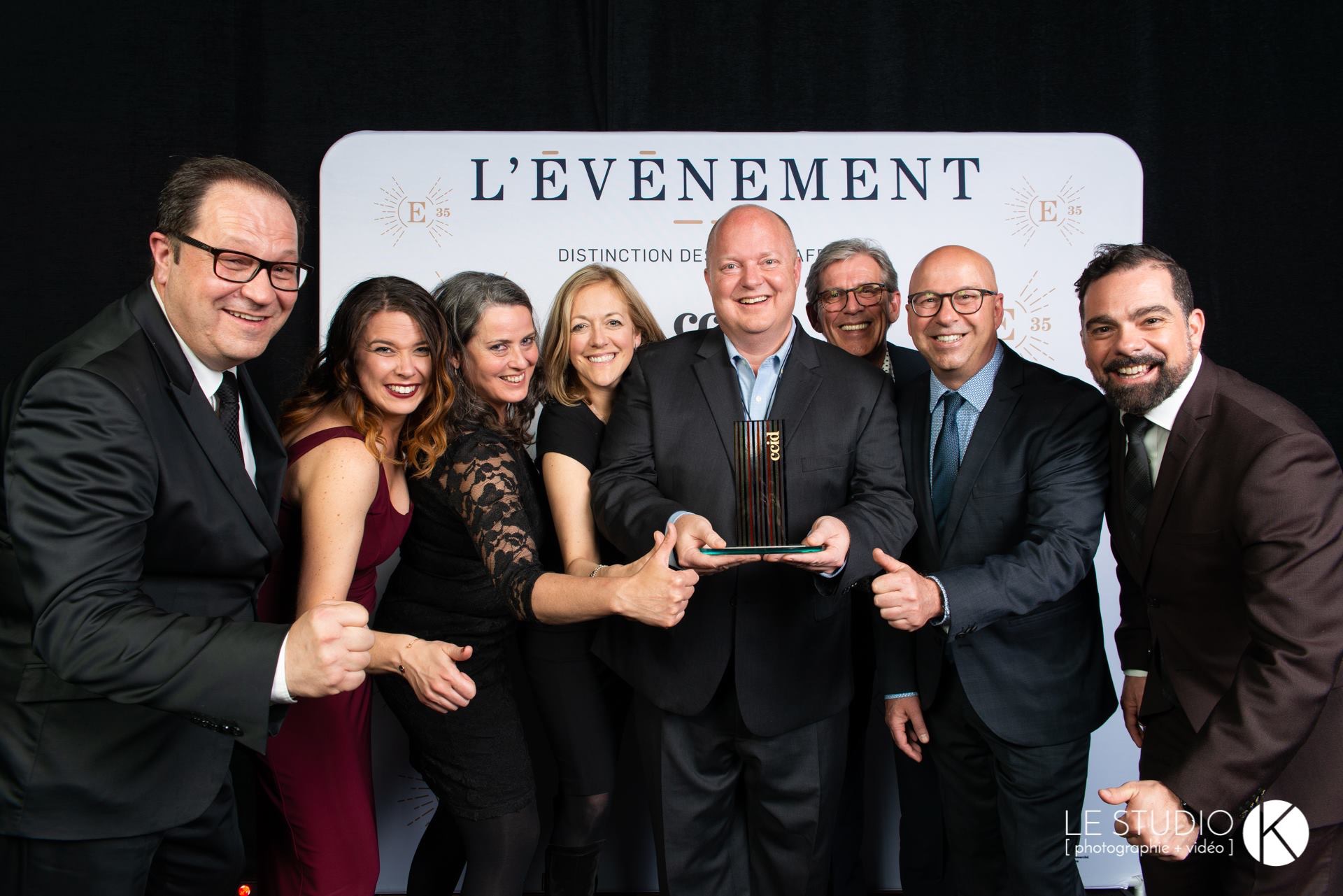 Founded in 1978 and leader in the indoor air quality in North America, the company has pushed the limits of ventilation thanks to numerous investments in research and development. In 1995, Venmar became part of Broan-NuTone LLC.

With its numerous products and steady increase, Venmar Ventilation aims for the highest standards and remains a company where culture of innovation is promoted with determination, to the benefit of consumers here and abroad. In 2016, Venmar became the Centre of Excellence of Research and Innovation for three of the group’s core product categories: indoor air exchangers, kitchen ventilation and central vacuums.

Proud to provide every North American home with a complete range of products including whole-house air exchangers, range hoods and attic ventilators under multiple brands such as Broan, NuTone, Best, vänEE and Venmar, allowing revitalization of the whole house.

Venmar Ventilation believes in quality; so it continuously improves its products, its processes and its quality management system to maintain its leadership position.